How to create the perfect unisex kids bedroom

With the price of living continuing to skyrocket, compromises often have to be sought when choosing  where we will live. Generally, the first thing to get downsized is the number of bedrooms needed – what to do then if you have a son and daughter who will need to share?

Thankfully, creating a unisex bedroom both kids will love equally doesn’t have to be mission impossible. Here’s what the experts have to say on how this can be successfully done.

1.The importance of planning

“Planning is the number one rule when it comes to design,” confirms Lysandra Fraser, one half of the design dynamic duo, Alisa & Lysandra, who first found fame on The Block. “A lot of people just jump into it, buy this and that and end up spending a lot of money.” The issue with this, she says, is the lack of cohesion. “When they put it all together it doesn’t come together. Then they take an item out and have to go and buy something else.”

Her solution? Use a mood board in the planning phase.

“Put it in a mood board, put all the items next to each other and see whether it has cohesion. You will have a lot going on because you are trying to appeal to both sexes,” she says. “And ultimately that is a budget-saving tip: you’re going to get three four years out of it if you do it right.”

Most children will want a say in the style and design of their bedroom, however if you have a son and daughter with vastly different personalities, all cohesion will be lost if each demands their individual stamp be put on this space. Diane Cocksey, senior decorator at Freedom, recommends the following in this situation: “I suggest the adults narrow the field and suggest a few strong options that include both kids needs and personality. After proposing these options, work with the kids to incorporate some of their exciting ideas.”

“If you find their requests are too hard to merge, get creative within their wardrobes and allow them to go nuts with posters on the inside of doors or colours that excite them – it does not all need to be directly on display for them to be in love with the hidden gems in their room. This is especially true when mixing completely different visions for the space,” she says. 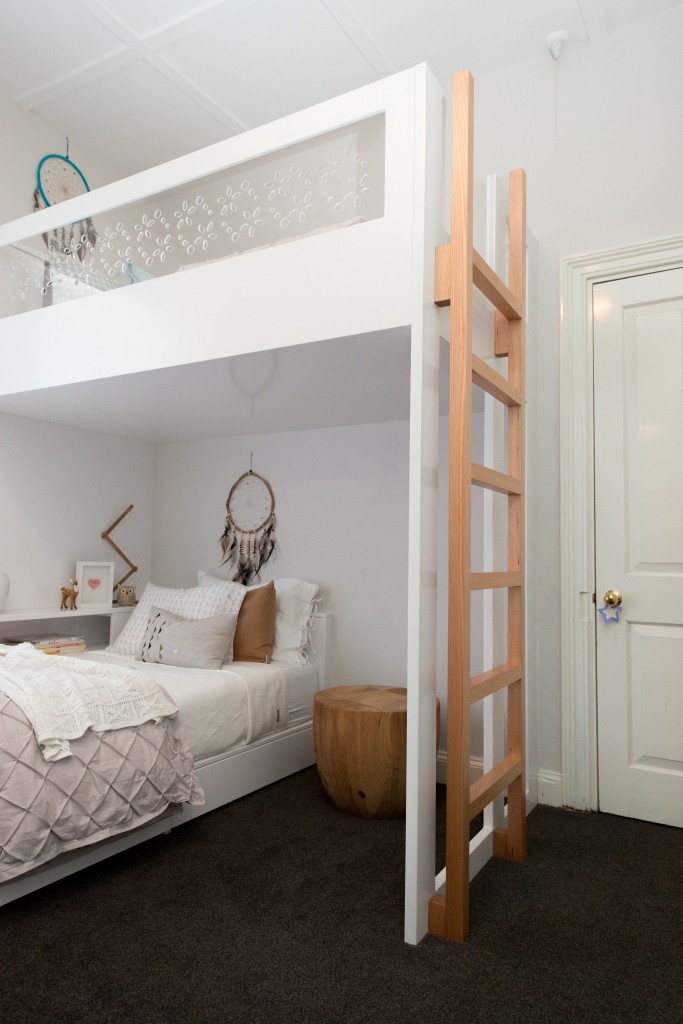 In order for both children to feel they each have a sense of ownership to their bedroom space, it’s best to break the room down into zones.

“Separate their bedding zones so they have only their treasures on display, and give them ownership of a separate wardrobe each,” suggests Melissa. “The rest of the space needs to be about combined play, so neutral toy boxes, combined desk areas, and some hooks to keep their bags and coats off the floor allows for less angst over who goes where, and where they can escape to when they need some time.”

Diana also believes children can inject their own personality into the room in a way that will be very meaningful to them. “Adding personal things they have made or designed themselves is a lovely way to personalise their space.”

“Colour, from a child’s perspective, plays an important role for owning their room,” Melissa reveals. “Consider selecting from a neutral palette for the main walls and floor furnishings, and introducing complimentary colours to the linen and accessories. Allow each child to have input into their preferred colours and introduce these through a feature cushion, throw, or their choice of accessories, which will be displayed in their ‘zones’.”

“Whether designing for a nursery, child, or teens space, consider their need for their room to be a retreat from the stimulation of the day and a play to let them recover from the days play,” Melissa adds. “Take a cue from neutral colour schemes that can sit harmoniously with the multitude of colours that will inevitably come from their special belongings.”

5. Aim for longevity to save yourself time and money

Unless you have the budget (and desire) to constantly re-design your children’s bedroom, always aim for longevity. Thankfully, this is usually easy to achieve in a unisex bedroom.

Alisa and Lysandra have recently teamed up with Grafico to launch their first wallpaper collection, showcasing an array of modern, yet understated looks which lends itself extremely well to unisex bedrooms.

“It is a really easy way to add a lot life into a kids room,” confirms Lysandra. “It’s a fairly minimal expense and you can pull it down after a couple of years if you get sick of it.” As the twins’ wallpaper is also easy to install and doesn’t damage the walls, it also saves money when it comes to choosing what should on display. ” I feel like it’s the art in the room, really,” Lysandra adds.

It’s also worthwhile purchasing furniture for a unisex bedroom that will grow with a child.

“I think it’s important to not pick the “car bed” or “princess bed”,” says Lysandra, suggesting instead to opt for a white timber bed or just timber beds.

This is something Melissa wholeheartedly agrees with. “Don’t lock yourself into themed design. Kids outgrow interests quickly, and their rooms need to adapt and change as they do. Spend well on longer term furniture and window furnishings that will outsee these younger years.”

Written by: Donna Webeck for Domain.com

Keep your home warm or cool without expensive systems

Back to all news
Up to Date